Tungsten is a heavy metallic element, a member of the third series of transition metals. It has the symbol W, its atomic number is 74, and its atomic weight is 183.85. The name is derived from the Swedish tung sten, meaning “heavy stone.” Tungsten is also known as wolfram, from WOLFRAMITE, the mineral from which the element was first recognized by the English chemist Peter Woulfe in 1779. The metal was first isolated in 1783 by Spanish scientists Jose and Fausto d’Elhuyar through the reduction, by means of charcoal, of the tungstic acid found in wolframite.

Tungsten occurs principally in the minerals scheelite, wolframite, huebnerite, and ferberite. In the United States these minerals occur most notably in California and Colorado. Elsewhere they are found in China, the Buryat republic of Russia, Kazakhstan, South Korea, Bolivia, and Portugal. The metal is obtained commercially by the reduction of tungstic oxide with hydrogen or carbon. The pure metal is steel gray to tin white in color. Its physical properties include the highest melting point of all metals, 3,410 deg C (6,170 deg F), a boiling point of 5,660 deg C (10,220 deg F), and a density of 19.3 g/cu cm.

Pure tungsten metal is easily forged, spun, drawn, and extruded, whereas in an impure state it is brittle and can be fabricated only with difficulty. Tungsten oxidizes in air, especially at higher temperatures, but it is resistant to corrosion and is only slightly attacked by most mineral acids. In keeping with the other Transition Elements, it displays a range of oxidation states: 0, +1, +2, +3, +4, +5, and +6. This accounts for the many complex ions and coordination complexes in which tungsten can be found. Tungsten is not known to have any biological significance.

Because heat causes tungsten to expand at about the same rate as glass, the metal is widely used to make glass-to-metal seals. Tungsten or its alloys are used for filaments for electric lamps, electron and television tubes, electrical contact points for automobile distributors, heating elements for electrical furnaces, and space, missile, and high-temperature applications.

Tungsten carbide is an important compound in the metalworking, mining, and petroleum industries. Alloys such as high-speed steel, cristite, and stellite, used in high-speed tools, contain tungsten. Other important tungsten compounds are calcium and magnesium tungstates, which are used in fluorescent lighting, and tungsten disulfide, which is used as a high-temperature lubricant at temperatures up to 500 deg C. Tungsten compounds also find uses in the chemical, paint, and tanning industries.

Feel free to give us a call at 1-800-626-0226 or fill out our contact form if you have specific application questions. 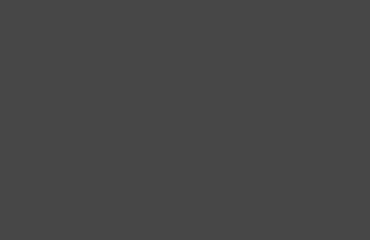 We're looking forward to hearing from you